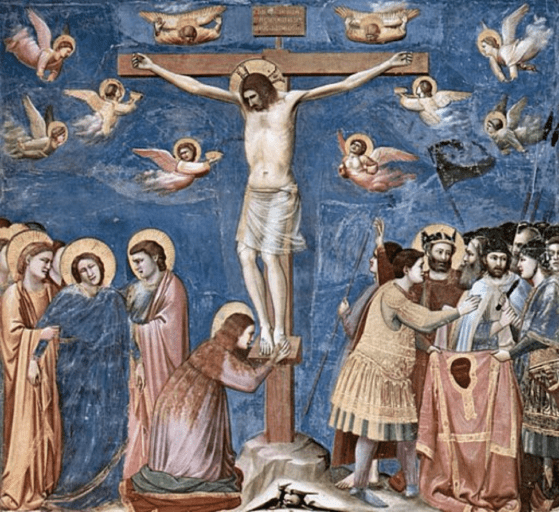 I recently spent some time visiting in Paris and Strasbourg. My girlfriend used to live there and has family in Paris. So she was super eager to show me around. I’d only been there once before so I was also pretty excited to explore a bit. (You may have noticed some pix from that trip on my social media.) No trip to Paris is complete without spending time at museums – and we visited several.

There were too many tourists gathered around the Mona Lisa when we were there. (I tend to shy away from large crowds.) So we didn’t really get to see it up close. I found it funny that so many people seemed more interested in getting a good selfie of themselves in front of a famous painting than actually looking at the painting. To each his own I guess.

At the Louve, we checked out some of the Renaissance painters. And not just those who are more well known. One thing that fascinates me about some of the early Renaissance and late Medieval Christian painters is the idea of the Patron. Don’t get me wrong, I’m all in favor of having people support the arts. But back in those days, it was considered an act of great piety to – get this – have one’s picture painted standing next to Jesus or Mary. According to my brother (who is sort of an expert on such things) it was a way to exhibit piety and an excuse for the nobility to get their portraits done, which would have been considered vanity otherwise.

Fair enough, but if you look at some of the paintings, it almost looks as if the Patrons were photo bombing Jesus or one of his disciples. (No sir, you and your wife were NOT actually at the manger for the birth of Christ!) If you ask me, it seems a bit crass. I found it both funny and ironic when I saw tourists in Paris taking selfies of those pictures. Photo bombing the original photo bombers if you will…

But then it got me thinking. What if I started to photo shop myself into some of those paintings? Chapell at the last supper. Chapell as Barabbas watching the three zealots slowly perish on the cross from across the field. Or maybe have James the Just photoshopped drinking wine with me and my friends on my roof in NYC? (James could certainly use a PR person, and I know a great one from Haverford College.)